Gallery in a Cloud 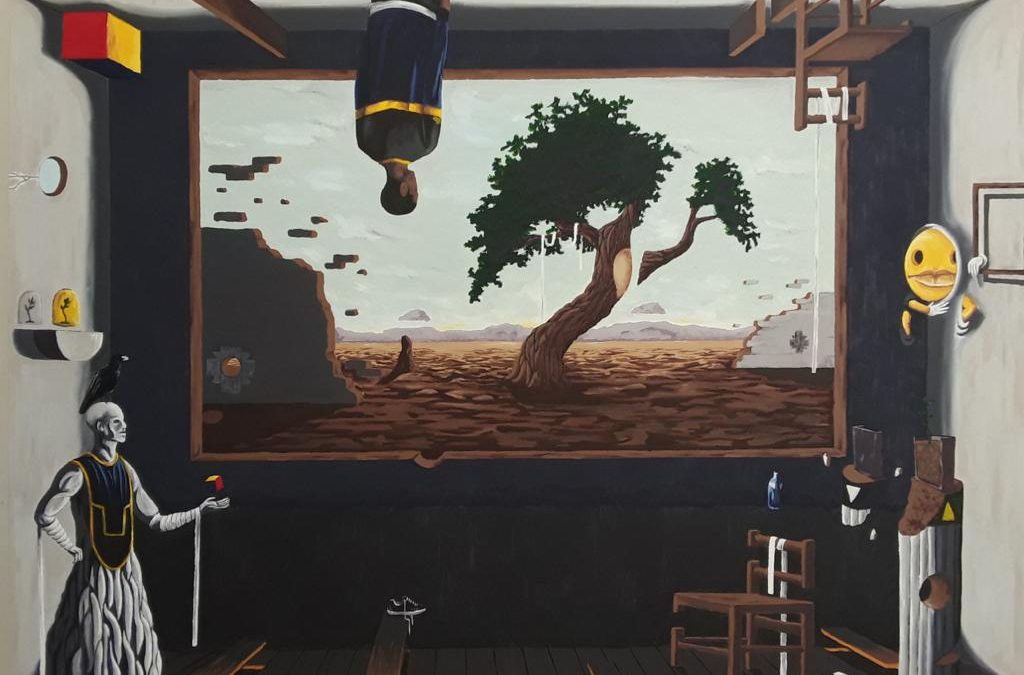 Social media in the institutional framework is often seen as lowbrow, an antithesis to traditional museums and galleries; caught between maintaining these traditional ways and adapting to the ever changing and apace technological advancements. The institution now more than ever is pressured with a heavy decision to make, that will establish the relevance, of their existence and new social position.

Breaking out of their four walls by digitizing the gallery and museum space, is something that most think crumbles the integrity and sacred nature of the institution. Others have however embraced the ways of this new era of virtual life where everything can be accessed and experienced through technology. Curators, have long been considered to play a passive role, as preservers and displayers of art rather than as active participants in the construction of art, this break can help them take active part in directing the technological development of galleries.

Now more than ever , the institution is forced to rethink and break the old structures it was founded on because they will not hold. They offer the most anchored and widely understood definitions of “fine art practice”, which has been a long standing reference point for us.
A warrant for reproach is needed for the existing institutional space to liberate its meaning from conventional codes of display. The COVID-19 pandemic is forcing us to move beyond the framework of the institution into this new era of immersive virtual media, this new structure will open up unprecedented access to previously inaccessible material due to financial and/or physical restrictions. This change is allowing the artist, curator, dealer and collector to build their own conditions of independence and control the context of their practice to one which is no longer dependant on the institution. A shift in agency like we’ve never seen before.

We use cookies on our website to give you the most relevant experience by remembering your preferences and repeat visits. By clicking “Accept”, you consent to the use of ALL the cookies.
Do not sell my personal information.
Cookie SettingsAccept
Manage consent

This website uses cookies to improve your experience while you navigate through the website. Out of these, the cookies that are categorized as necessary are stored on your browser as they are essential for the working of basic functionalities of the website. We also use third-party cookies that help us analyze and understand how you use this website. These cookies will be stored in your browser only with your consent. You also have the option to opt-out of these cookies. But opting out of some of these cookies may affect your browsing experience.
Necessary Always Enabled

Performance cookies are used to understand and analyze the key performance indexes of the website which helps in delivering a better user experience for the visitors.

Analytical cookies are used to understand how visitors interact with the website. These cookies help provide information on metrics the number of visitors, bounce rate, traffic source, etc.

Advertisement cookies are used to provide visitors with relevant ads and marketing campaigns. These cookies track visitors across websites and collect information to provide customized ads.

Other uncategorized cookies are those that are being analyzed and have not been classified into a category as yet.